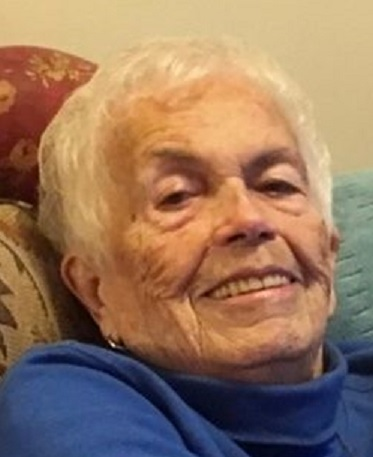 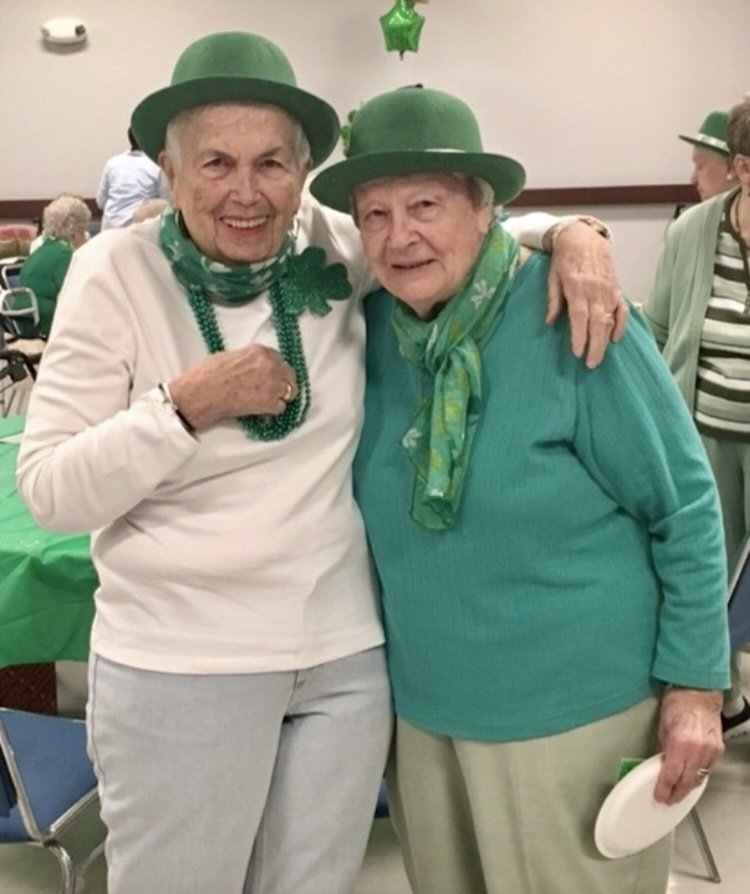 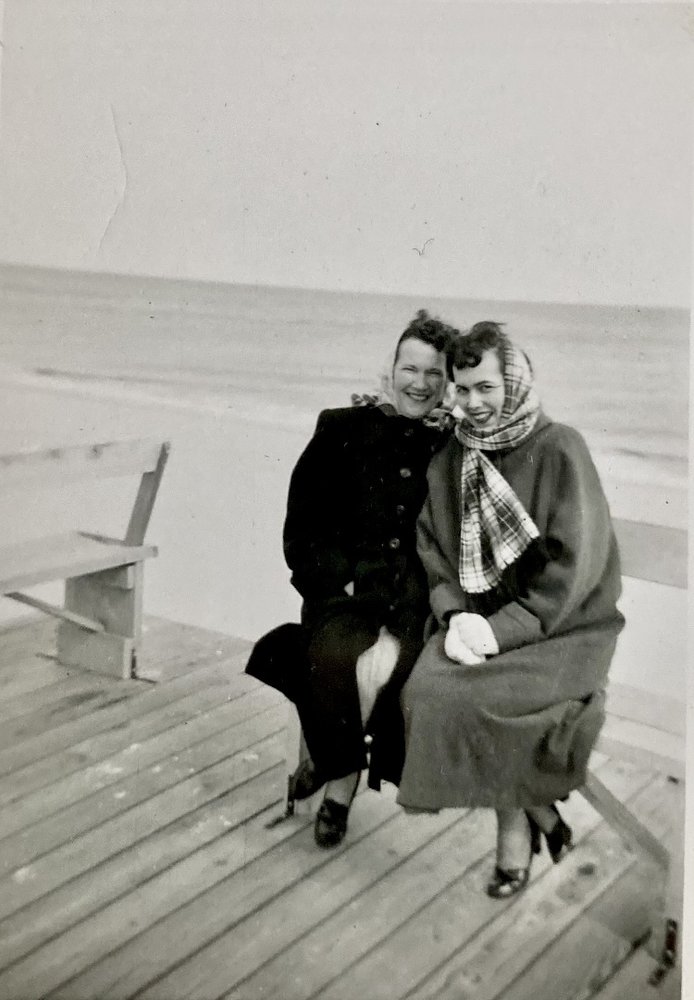 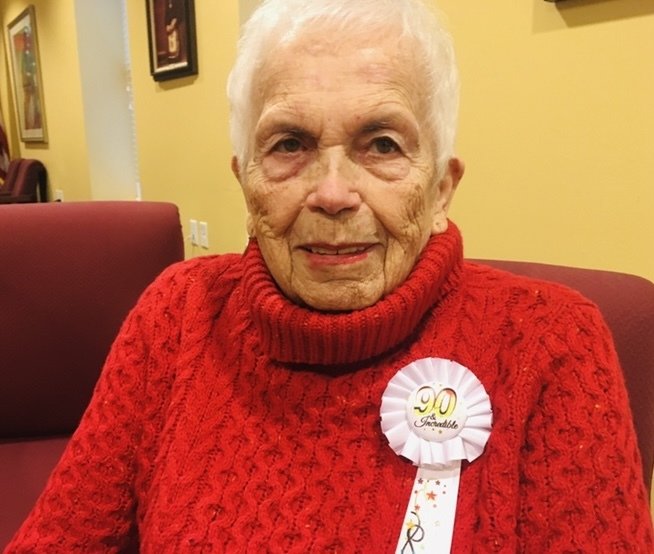 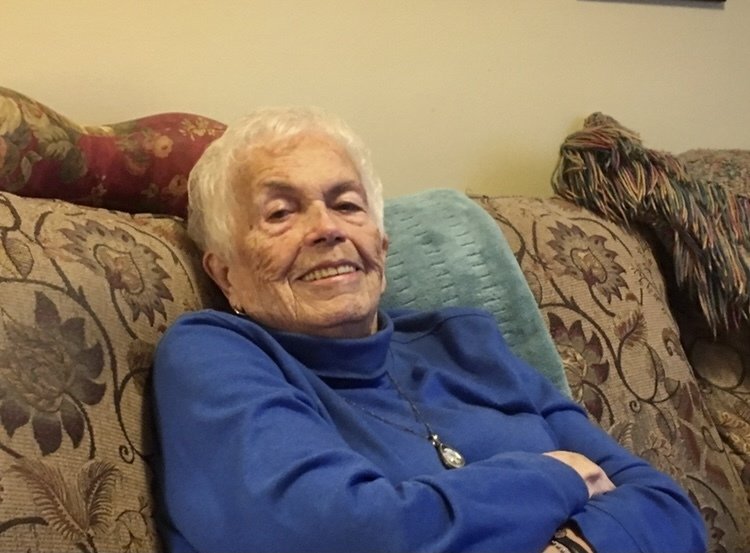 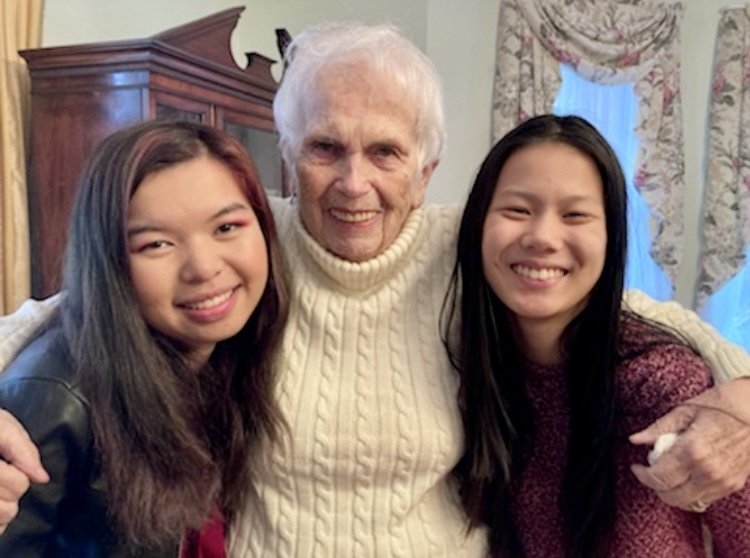 Please share a memory of Esther to include in a keepsake book for family and friends.
View Tribute Book
Esther Gammage set deep roots – in jobs, places, and people. Her church was kindness. She did what she could for others, family or stranger, whether that meant lending a ready ear to a friend or buying a bicycle for a neighborhood kid. Mrs. Gammage died July 24 at Masonic Village in Burlington at age 91. She was a six-decade resident of Willingboro, N.J., and lived at Masonic since 2015. She grew up amid the Great Depression and World War II, and as an adult reveled in having a comfortable suburban home and a family - a notion that may seem outdated today, but was prized by a generation that had been forced for too long to get by on too little. In the mid-1960s, unfazed by management threats of firings, she led a union-organizing drive that won better pay and benefits for the all-women staff in the Willingboro public schools Central Kitchen. She worked there for decades, and later credited her good health to the physical demands of her job, which imposed a daily regimen of lifting and carrying. By nature, she was strong of spirit - never more than in times of adversity. She didn't complain. She was proud to be Irish, loved dogs and, eventually, cats, and she preferred her humor the way she liked her wine - dry. She voted in every election and, until her eyesight diminished, kept well-informed on the news, reading voraciously and subscribing to The Philadelphia Inquirer and other newspapers for more than 60 years. Her favorite people in all the world arrived when she was in her early 70s - granddaughters Jin Yu and Zhao Gu Gammage, with whom she shared deep confidences, small conspiracies, and enormous love. Mrs. Gammage devoted herself to the girls in every way. As she grew old and knew time could be short, she prayed that her granddaughters would not mourn her passing for long, that they would move forward and embrace their futures. She loved and respected her daughter-in-law, Christine Gammage , who cared for her in every way. "I've had a good life," she said shortly before her 91st birthday. Regrets? A few, but they were, as her adored Frank Sinatra sang, too few to mention. Born in Trenton, Mrs. Gammage grew up in the Lakeside section of Hamilton Township, N.J., one of four siblings raised by a single mother. She wanted to become a school teacher - she loved children and learning - but had no money for college and went straight to work. She met her future husband, William C. Gammage, in the mid-1950s, when his sales job brought him to her secretary's desk at the William R. Throp company in Trenton. "Would you like to go to dinner?" he asked. "Yes," she answered, deadpan, "but not with you." She and her husband bought a home in still-under- construction Willingboro in August 1959. She was proud that when the new Methodist Church was looking for a name, her suggestion was chosen, The Church of the Good Shepherd. The couple's only child, Jeff, was born that December, and all their lives they loved and supported him in everything he did. She and her husband lived in their Buckingham Park home until his death in 1999, and Mrs. Gammage lived there another 16 years before moving to Masonic. Though she was not killed by the coronavirus, its impact was terrible nonetheless, confining her mostly alone to her apartment for months on end. In addition to her son, daughter-in-law, and granddaughters, she is survived by her sister and brother-in-law, Frances and Christopher Iorio; by her sister-in-law, Peggy Caffrey; and by many nieces and nephews. A memorial service will be held later. Mrs. Gammage asked that in lieu of flowers, donations go to the Masonic Charity Foundation of New Jersey, at 902 Jacksonville Road, Burlington, NJ, 08016.
To send flowers to the family or plant a tree in memory of Esther Gammage, please visit Tribute Store

Share Your Memory of
Esther
Upload Your Memory View All Memories
Be the first to upload a memory!
Share A Memory
Send Flowers
Plant a Tree