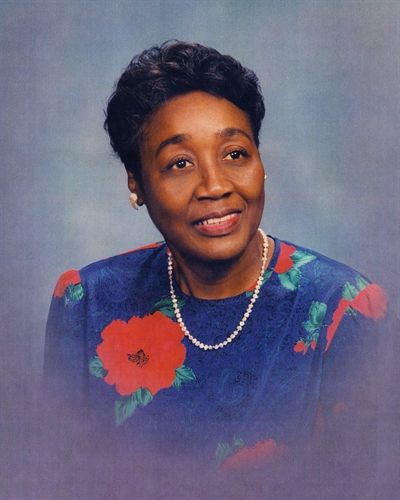 Please share a memory of Sallye to include in a keepsake book for family and friends.
View Tribute Book

Selfless, spirit filled and sacrificing. She lived it, loved it,

As one of five siblings, she spent her formative years

living in parsonages, from the Eastern Shore of

Maryland to Philadelphia, PA. After graduating from

College in Greensboro, NC. After her first year, she

responsibilities were affecting their quality of life. She

felt compelled to come home from college to assist.

From this point on, she found her calling to never leave

Sallye has been the hands -on backbone of the

relatives, and managed the households, cleaned

parsonages and churches after each move, cooked;

making a mean pot of chicken and dumplings.

She held significant positions in the “Old Delaware

outdoors; as exhibited by her flower and vegetable

and the stars. In her downtime, she enjoyed jigsaw

Always civic-minded, the day she became old enough to

register to vote was a milestone for her. Years later in

1963, she and her sister Margaret participated in the

March on Washington for Jobs and Freedom with Dr.

Upon her father’s retirement in 1970; she moved with

her father and youngest nephew to Willingboro, NJ and

took up residence with her older sister Margaret and

brother-in-law Reverend Alfred Murray. She was an

UMC. She chauffeured her father to many speaking

engagements, taught Sunday School, and was a constant

support for the many ministries going on within the

household. All of this, while providing parental

guidance for her nephew’s schooling and sporting

a nursing home. She cared for her mother Nancy Byrd

for seven years prior to her death. Likewise, she cared

for her father until his passing. It was then that she

began to think about what God had next for her. She

She always said, ”It was important to treat my patients

as if they were my own parents. “

Her natural abilities led to a promotion entitled “Quest

for Quality”. She was also instrumental in getting

smoking banded from the facility. She worked there for

After a nine- year illness, Sallye went home to be with

Sallye is the last of her generation. She leaves to mourn,

nieces, nephews, a host of friends and dedicated

caregivers from Bayada and The Hospice of Moorestown

To send flowers to the family or plant a tree in memory of Sallye Derrickson, please visit Tribute Store

will be private and at the convenience of her Family.
Online Memory & Photo Sharing Event
Online Event
About this Event

Share Your Memory of
Sallye
Upload Your Memory View All Memories
Be the first to upload a memory!
Share A Memory
Send Flowers
Plant a Tree