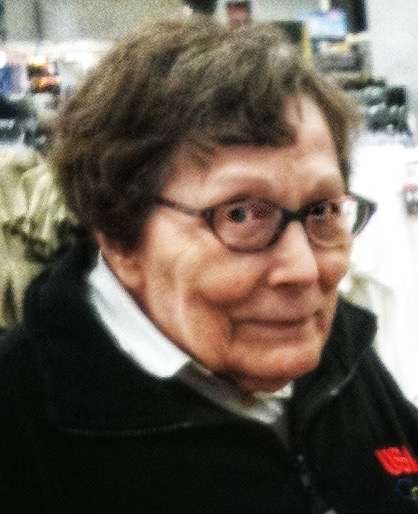 Please share a memory of Lisa to include in a keepsake book for family and friends.
View Tribute Book

Lisa was born April 6, 1925 in Burgwallbach, Germany. After completing her education, she became a kindergarten teacher and nanny. She married her husband, Robert Hisney, while he was an USAF airman stationed in Germany. Subsequently, they lived in numerous European countries and U.S. states while Bob continued his career. Lisa was affiliated with the American Red Cross at each military location. Settling in Willingboro in the 60s, Lisa began her long and highly recognized Red Cross volunteer service at Walson Army Hospital.

Lisa was an inspiration to many as she chose to make the most of each day despite her challenges. She was honored to join President George H. W. Bush when he signed the Americans with Disabilities Act.

She was a communicant of St. Luke Lutheran Church, Willingboro.

Her mother Mimi and loving husband Bob predeceased her. Lisa is survived by sister in law Margaret Bringenberg, nieces and nephews in Germany and the U.S. as well as many dear and dedicated friends, caregivers, and neighbors.

A memorial service will be held at a future date. In honor of Lisa, please reach out to a senior during these challenging times

To send flowers to the family or plant a tree in memory of Lisa Hisney, please visit Tribute Store

will be held at a future date.
Online Memory & Photo Sharing Event
Online Event
About this Event

Share Your Memory of
Lisa
Upload Your Memory View All Memories
Be the first to upload a memory!
Share A Memory
Send Flowers
Plant a Tree