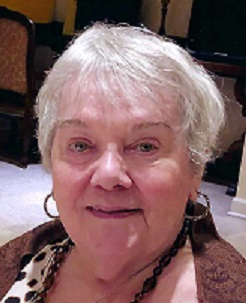 Please share a memory of Roberta to include in a keepsake book for family and friends.
View Tribute Book

On Friday, October 9, 2020, Roberta Ryan, known to all her friends as Bobbie, passed away at the age of 86. Roberta was born on July 17, 1934 to Robert E. Covert and Blanche D. Covert. She graduated from Upper Darby High School in 1951 and later worked as an executive secretary for the Warren Webster Corporation in Camden, New Jersey. On May 23, 1959, she married Gary Evans Ryan. Together they raised four sons, Jeffrey, David, Curtis, and Michael. Roberta then worked for 25 years as a secretary for the Willingboro School System. Students at Willingboro High School knew her as the secretary and office manager for the high school job placement office. Roberta was also a leader and she served as President of the Willingboro Education Association and later as President of the Willingboro Retired Education Association. Roberta never got to go to college. But she made sure that her sons would. She poured her life into her sons, and later her grandchildren. No task would be too great, no barrier too difficult, if it was for her sons or her grandchildren. She read college guides cover to cover, marking schools that she thought would be a good fit for each of the boys, and she was right. She was very proud of their accomplishments first in college and later in their chosen careers. Her penchant for leadership and organization was apparent even in the final years of her life. After she moved into assisted living, in short order she became president of the women's organization in the facility, organizing and speaking up for both residents and staff. When she entered the dining room there, faces would light up and people would happily wave or shout "oh hi Bobbie" and greet her warmly. There, as everywhere, Roberta Ryan was a presence.

Her family will remember her for many reasons, not least among them her strength and resiliency. She was strong, caring, and kind, and was also known for her sense of humor and her quick wit. Roberta Ryan was a fighter – a tough and compassionate fighter. And everyone who knew her was better for having met her. Even when facing myriad physical challenges late in life, she maintained her rich sense of humor, something that she managed to pass on to all of her children and grandchildren.

Roberta was preceded in death by her father, Robert, her mother, Blanche, her sister, Anne, her brother John, her brother-in-law Jaye, and her sisters-in-law Carroll and Bobbette. She is survived by her husband of 61 years, Gary, and her four sons, her daughters-in-law Alison and Julie, her sister-in-law Joanne, as well as her grandchildren Evan, Sean, McKenna, Eileen, Logan, and Liam. She was also known as Aunt Bobbie to many nieces and nephews as well as great nieces and nephews. She was deeply loved and she will be sadly missed.

In lieu of flowers, Roberta's family asks that you consider making a donation in her name to either Wills Eye Hospital or The Cancer Research Institute. Please click on the following links to donate : https://www.willseye.org/giving/give-now/    or   https://www.cancerresearch.org/join-the-cause/donate/one-time-donation

To send flowers to the family or plant a tree in memory of Roberta Ryan, please visit Tribute Store

Share Your Memory of
Roberta
Upload Your Memory View All Memories
Be the first to upload a memory!
Share A Memory
Send Flowers
Plant a Tree