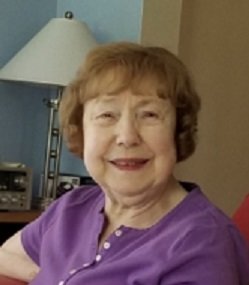 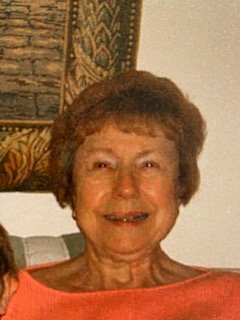 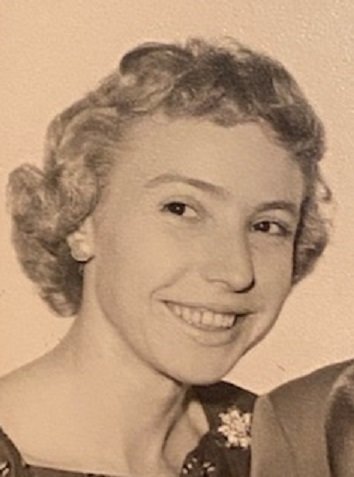 Please share a memory of Ilse to include in a keepsake book for family and friends.
View Tribute Book

Ilse Emma Richardson, 86, of Willingboro New Jersey went home to be with her Lord and savior Thursday evening the 13 th of August 2020. She passed away very peacefully with her beloved husband and granddaughter by her side at home.

Ilse was born the 13 th of July 1934 in Heidelberg Germany. She was raised by her parents, Martin and Freida Ruppert. She grew up with her older sister, Aloise, whom she admired. Ilse later met Harold in 1950, who was stationed overseas with the American Army. The young couple became completely smitten with each other and married the 30 th of October in 1952. When Harold duties were over in Germany, Ilse moved to America and lived in New Jersey with Harold near his family. Over the years they had two children, Harold III and Marcia, and raised them in Willingboro. The young family would travel to Germany as much as possible to visit Ilse's family. When her sister Aloise married Heinz Nething and moved to Switzerland, the young family would travel to Switzerland as well.

Ilse was a loving and devoted daughter, sister, wife, mother and then grandmother. She loved her grandchildren so much and would attend as many school and sport activities as much as possible. Whether she attended school plays, concerts, grandparents day, and graduations. Or you could find her watching Kevin play ice hockey, Kathleen horseback riding, Patrick playing football, Dylan and Alex playing football and ice hockey. Especially watching Alex play soccer. Soccer was her favorite sport as a young girl. She even played on the boys soccer team growing up because they did not have a girls team. She always enjoyed playing soccer in the backyard with her grandchildren.

Ilse had many jobs before becoming the Business Manager at Rancocas Hospital (Lourdes now Virtua) in Willingboro for 25 years. She loved her job at the hospital. When she retired, she and her husband began traveling. They traveled all over North America and Europe. Later, when they joined The Pinelands Young at Heart Club, they were able to share there love of traveling with new friends. Everyone who met Ilse loved her, she welcomed one and all into her home where there was always a cake to be served. She was a member at St Paul United Methodist Church. She and her husband were always willing to help out. Whether it was cooking dinners, making desserts, or when Ilse would help out in the church nursery.

The world has lost a wonderful person. She will be greatly missed but fondly remembered. Always and forever. She is survived by her loving and devoted husband Harold of 68 years. Her son Harold III and daughter- in-law Sharon of Delran NJ. Her daughter Marcia of Chaptico MD. Her grandchildren Kevin, Kathleen, Patrick, Dylan, and Alex. She is preceded in death by her parents Martin and Freida Ruppert, her sister Aloise and brother-in-law Heinz Nething.

There is no service or memorial planned at this time due to Coronavirus. The family will announce when arrangements have been made.

To send flowers to the family or plant a tree in memory of Ilse Richardson, please visit Tribute Store

Look inside to read what others have shared
Family and friends are coming together online to create a special keepsake. Every memory left on the online obituary will be automatically included in this book.
View Tribute Book
Services for Ilse Richardson
There are no events scheduled. You can still show your support by sending flowers directly to the family, or planting a memorial tree in memory of Ilse Richardson.
Visit the Tribute Store

Share Your Memory of
Ilse
Upload Your Memory View All Memories
Be the first to upload a memory!
Share A Memory
Send Flowers
Plant a Tree